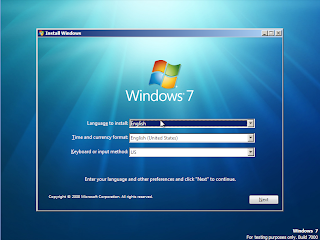 As a 'jack of all trades' at work I recently had the chance to try out Microsoft Windows 7. Although a beta version, it is a general representation of the final product.
Due to pure laziness, I installed this system on a virtual machine rather than finding a PC around the office that is not in immediate use and setting it up with mouse, monitor and keyboard.
For those of you curious I use Ubuntu 8.10 (Intrepid) and my virtual machine software of choice is Sun xVM VirtualBox 2.1.0. The VM specs are as follows: 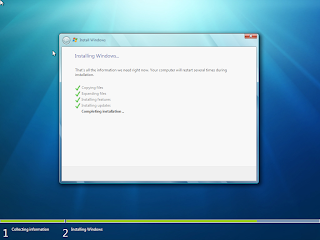 I must say that the installation was rather quick and simple. Especially for a virtual machine with only 768 MB memory. My install media was in fact the host disc drive. Not an ISO file. This means that the rate at which the install data was read is similar to that of which a normal end-user would experience. The specific release of Windows 7 I installed is 'Windows 7 Ultimate'. The install media was roughly 2 GB and includes a variety of software including a few new games, Windows Media Center and various administrative tools and support for more common and newer technologies such as biometric devices, disk encryption, pen and touch devices, GPS devices, speech recognition, tablet pc and portable device syncronization software. Phone and Modem options are also still supported. 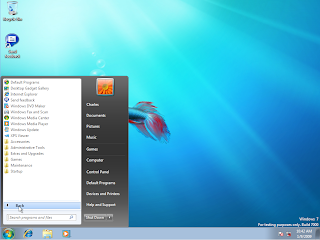 Immediately I was surprised at how fast the system loaded and achieved an idle state. As a linux user I am used to this. However the last time I saw this happen with a Microsoft OS was in 1991 when I booted up Windows 3.11.
Although some might be fooled by this initial performace... I know better. Windows has generally always run well after a fresh install. I am sure that extended use and installation of common malware (iTunes, Adobe Acrobat Endless Updater, RealPlayer, QuickTime, Office 2008, AIM, Symantec OS Domination Suite, Kodak EasyShare, etc.) will slow down boot time tremendously. (I do not actually consider the previously paraphrased software as "malware". However I generally stay away from those types of applications which some may consider, "bloated") 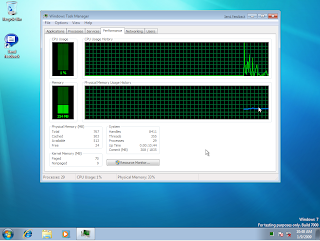 I was also impressed with the minimal amount of system resources required at boot. With only 29 processes running a mere 254 MB of memory was used. System response time was good. Simple system software such as Computer Management, Control Panel, Task Manager and System Properties loaded quickly and resembled a Vista style interface; yet still keeping the more advanced controls in the same locations as they existed since XP. The control panel is almost identical to that of Vista. With a 'more intuitive' view for newer users and a Classic view for those of us who have seen the number of icons on the control panel explode over the years. 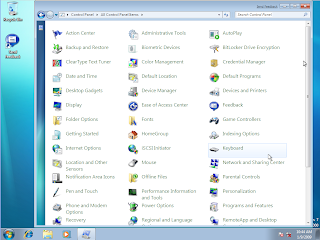 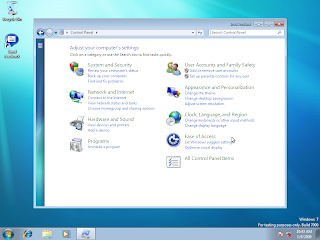 Installing drivers for Windows 7 was also a breeze. For virtualbox users, simply navigate to the device manager, and perform an update on your video and network devices. Point the 'search' at the drive which your VirtualBox Additions are available. And you are finished. (a reboot is required for the video driver update)

Downloading Firefox 3 and installing it went smoothly. Firefox performed as expected and loaded a bit faster than Internet Explorer 8.0. The installation file was "Run" from the download link rather than saved to disk and then executed. 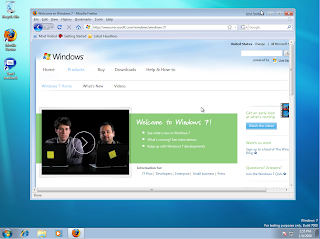 Next I tried Google Chrome. This time I saved the install file to the 'Downloads' folder and executed it from there; rather than just Run from IE. I closed the Document Explorer before the Installer loaded and nothing happened. I then copied the installer to the Desktop and executed it. At that point in installed flawlessly. Windows 7 did not put up a fight when chrome asked to be the default browser and I allowed it. (Not a single message pop-up). 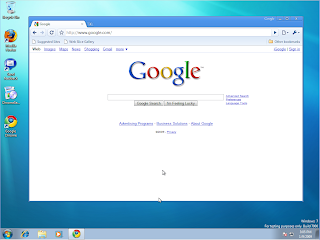 Internet Explorer 8.0 takes a long time to load. About 10 seconds. This may be due to the fact that the software is all beta and the code has not yet been optimized. 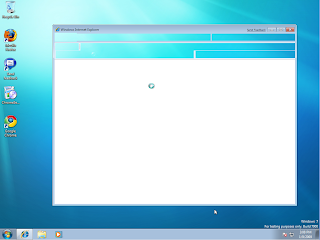 I was also able to test Internet Explorer 8.0's authentication abilities. Even though I had not added the machine to the domain here at work. I was able to access our Sharepoint site using domain\username with domain password. Everything loaded and all web parts worked correctly.

Sadly I was not able to test Aero due to a lack of video performance through virtualbox. There are many other blogs and sites showing video and screenshots of Windows 7 Aero. And from what I have seen it has been approved by most.
Overall I would say that Windows 7 will be the next move for Windows XP users. (through an even more stripped down version, I believe this will include Large buisnesses, corporations and government agencies.) Windows 7 seems to bring the new features and technologies of Vista to the PC, with the simplicity and smaller requirements of Windows XP.
Posted by Champion Of Cyrodiil at 8:14 AM